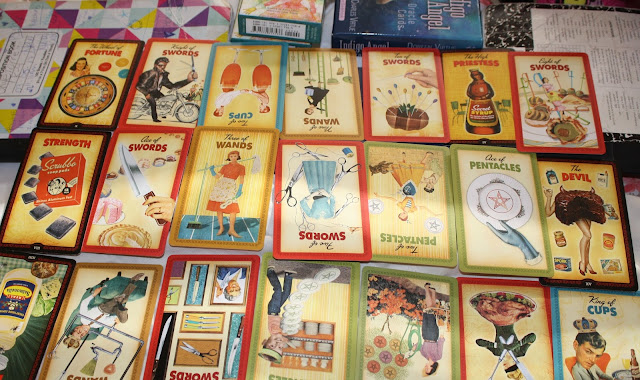 I was trying to watch 'Edward Scissorhands' (Knight Swords) when all of a sudden I receive a destined to be friendly proposition. I attempted to let go of a wall - first row indicates that I was about to block someone immediately after contacting me for a psychic reading. I didn't think they were going to be serious about the reading. Trying not to argue (5 Swords rx)- feeling secure after accepting payment in regards to love reading. Second row indicates that I picked up the call (business 'visit') I started to type away to this individual who was struggling to fully let go of someone.

Next: Starting with Death rx - Struggling to fully end also feeling jealousy and/or weary. Trying to let go of worries, impatience and indecisiveness when it comes to communicating. A loving man/love interest (King Cups). I picked up distance between them, but a good partnership predicted overall.

The caller found the reading accurate as well as helpful.

Spiritual enlightenment and intuition. Family stress..trying to let go of someone from the past. Attempting to walk away from emotions/stress
(childhood..soul mate)

After the call - my mother was feeling pleased feeling a lack of closure and completion. Dreaming and returning to work/study again to gain financial stability (rest after washing dishes) as well as to ground herself - repose. This was my mother attempting to sleep/put my kids to sleep, too
(Queen Coins).

Team work: I was trying to get my daughter (Oshun: Virgo Sun/Sag rising+Aqua Moon) to sleep next to her brother (Libra Moon/Virgo Sun+Rising). She was cooperating, but he wasn't. Before that I told her to please sweep up her mess in the living room, which she claimed her brother helped her make. I (Queen Swords rx - Aqua rising/Virgo Sun) told him to cut it out, and lay with his head towards the opposite side of the bed (he was making too much noise).

I finally felt accomplished, secure and successful.
After a short while they fell soundly asleep :). 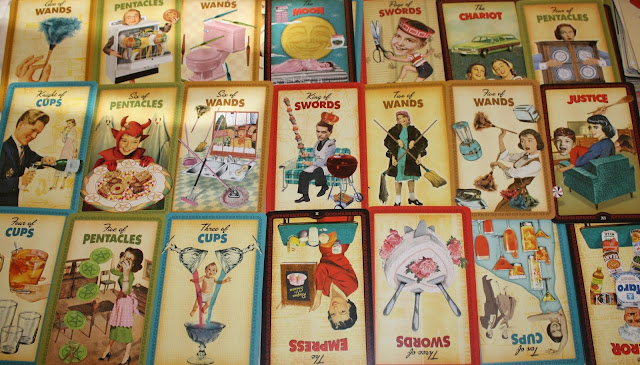 I started to relax (Ace Wands) was feeling very nice - independent, and satisfied. I went to the bathroom to rinse out my mouth (mouthwash/moon) and attempted to take a quick nap afterwards. Feeling driven to save up financially - especially towards my kids future.

Afterwards the Knight Cups (Pisces Sun) rang the doorbell (also King Swords in the middle - Libra rising w/ Sag Moon; wands on sides of KoS) we hugged, and shared a happy moment. We were playful, but still separated even though we wouldn't mind making it official (there's still love left).

Feeling bored emotionally a lack of support in the 'relationship', but still friendly and good parents that get along very well. Emotionally satisfied as successful young parents living together as friends.

Happy home - beautiful surroundings. Feeling motivated ('Justin Bieber helped me unclog my toilet; my mom did, too!' 3H on altar with minions holding a toilet plunger) a speedy message/recovery after we poured a bucket of water inside of it before using plunger successfully for the last time.

We felt  a bit hopeless, but things worked out in the end. Especially emotionally. 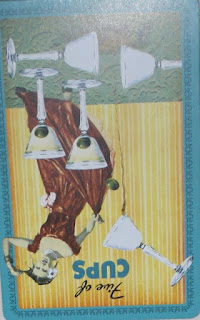 Popular posts from this blog

March 22, 2018
Knight Cups 8 Cups rx Queen Wands rx 10 Cups rx 2 Coins 10 Wands Emperor rx 9 Wands 10 Swords Base is Death I will be with two men at the same time, and content emotionally. However, there may be some baggage from past relationship(s) that will need to be dealt with especially when it comes to communicating with each other better. Looks like the father of my children will still be in my life (Emperor rx). I am thankful for that as the Virgin of the Highest Grace.  The other guy I may be with sounds like a water sign rising with fire attributes who will be tired and/or someone who gets easily jealous/envious about me, and perhaps the father of my kids.
Post a Comment
Read more

February 17, 2018
When I was 7 as a child I met my twin flame; he was also 7 and in love at first sight. I always hold that little clip in my mind as a psychic. He was my cousin's Linda's neighbor. I didn't speak English, but we still fell in love especially via telepathy. I don't envy my parents. 4 Swords rx 7 Cups Hierophant I feel like dreaming about him and holding him in spiritual dreams. I want to break the silence - speak to him again, or for the first time. Still thinking of him..having illusions about him. Wanting to commit to him, but being in long-term commitment with father of children. 6 Coins rx 2 Swords rx 6 Cups rx We both feel like things are currently unfair, and imbalanced there's a lack of giving and mutual receiving. I see wanting to let go of indecision, would like to communicate better without being indecisive. Both miss each other, think about one another, are soul mates, and want to reunite. I believe he still dreams, or fantasizes ab
Post a Comment
Read more